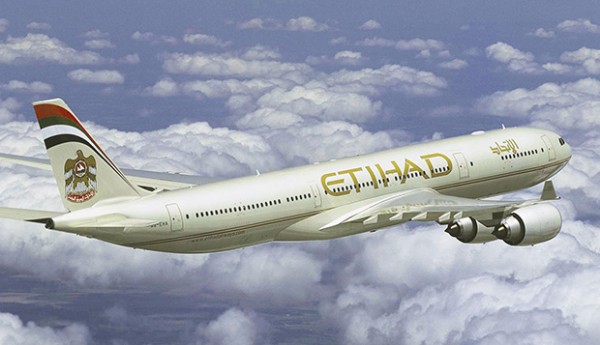 Etihad Airways, the national airline of the United Arab Emirates, continues to optimise its United States network with equipment changes on two key markets in 2016.

The second daily Etihad Airways service to and from New York JFK, EY103 and EY102, will continue to be operated with the airline’s flagship A380 aircraft in 2016.

Kevin Knight, Etihad Airways’ Chief Strategy and Planning Officer, said, “With the growth of the Etihad fleet, we will be pleased to soon fly these important US services in our own colours, continuing to provide the very finest service in the sky to our guests.”

The Etihad Airways Boeing 777-200LR to be deployed on the San Francisco route will be configured to carry 239 guests in three cabins, with eight First Class seats, 40 Business Class seats and 191 Economy Class seats.

The Boeing 777-300ER to be deployed by Etihad Airways on the New York route will be configured to carry 328 guests also in three cabins, with eight First Class seats, 40 Business Class seats, and 280 Economy Class seats.

All Etihad Airways guests flying to the United States pass through US Preclearance at Abu Dhabi Airport meaning they clear US immigration and customs before boarding their flight and arriving in America as domestic passengers.

Etihad Airways offers a new premium lounge for First and Business Class guests to enjoy once they have passed through US Preclearance in Abu Dhabi. 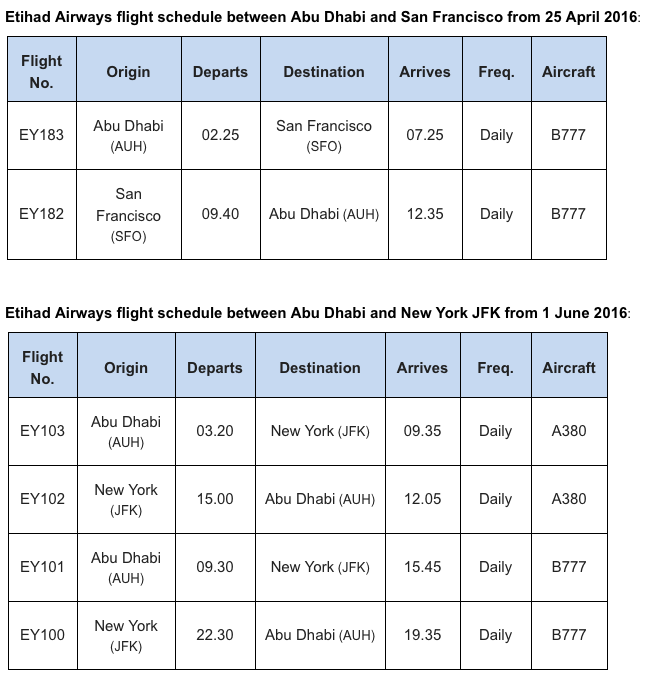