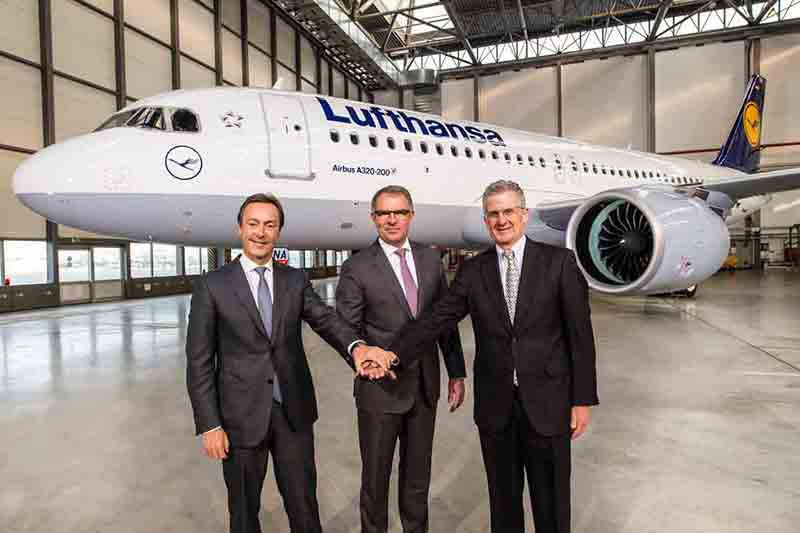 Equipped with all new technology Pratt & Whitney PurePower® Geared Turbofan™ engines, the A320neo sets a new, even higher standard in aircraft efficiency, reducing emissions and noise as well as burning 15% less fuel than current generation aircraft from day one and 20% less by 2020.

“We are happy that we are the first airline worldwide to receive the Airbus A320neo. Featuring the leading technology of Airbus and Pratt & Whitney, the A320neo is by far the most efficient and most silent aircraft on short- and medium-haul routes.

With lower fuel consumption and consequently lower CO2 emissions, the A320neo has a clearly improved environmental performance. Furthermore, the new jet engine technology makes the aircraft considerably quieter. As a result, we have ordered a total of 116 aircraft of this type for the airlines of the Lufthansa Group”, states Carsten Spohr, Chairman of the Executive Board and CEO of Deutsche Lufthansa AG.

“We prove once again that as an aviation company and airline group we are pioneers in the development and introduction of technical innovations. In this year alone the Lufthansa Group will receive a total of 52 new aircraft, a number we have not received in years”, says Spohr.

“Handing over the first A320neo to a world’s leading airline and long standing Airbus customer, Lufthansa, is a truly great day for everyone at Airbus,” said Fabrice Brégier, Airbus President and CEO. “This occasion marks a new step forward to delivering on our promises and meeting our industry’s goal for sustainable aviation. The A320neo embodies Airbus’ passion and commitment to deliver maximum value and efficiency to our customers through continuous innovations.“

The A320neo Family incorporates the very latest technologies including new generation engines and Sharklet wing tip devices. With almost 4,500 orders received from nearly 80 customers since its launch in 2010, the A320neo Family has captured some 60 percent share of the market.

Last year Lufthansa celebrated its 60th anniversary since it started operations in 1955. In this period, Lufthansa Group’s Airbus orders have reached a combined total of 582 aircraft including 386 A320 Family, of which 116 are NEOs (71 A320neo and 45 A321neo). The full range of Airbus wide-body aircraft have been or will be a part of Lufthansa’s fleet from the innovative A300/A310 to the iconic A380 (14 in service), the versatile A330 to the modern and extra-comfortable A350 XWB (25 firm orders). 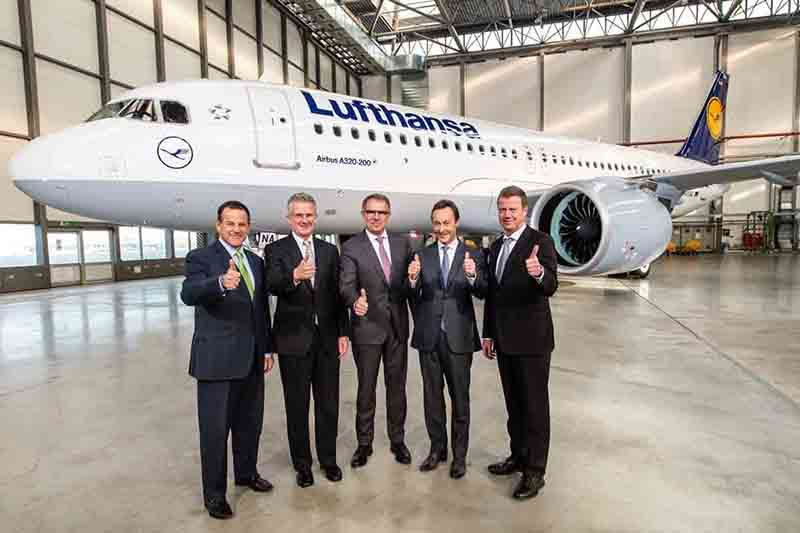