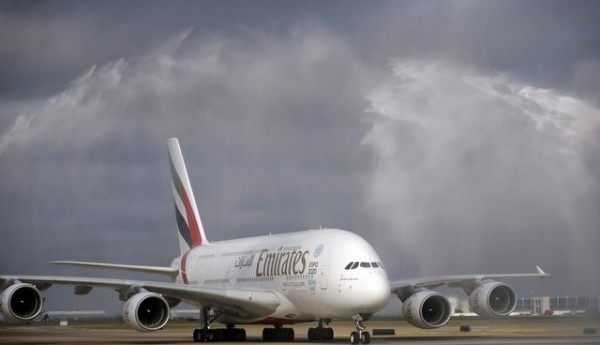 Dubai’s flagship carrier Emirates will buy more of the existing A380 model if Airbus decides not to press ahead with a version with new engines, Emirates president Tim Clark said on Tuesday.

Emirates is the A380’s biggest buyer and most vocal supporter within the airline industry of the world’s largest passenger jet. The airline has ordered 142 A380s, of which 77 are now in operation.

A potential upgraded version with more fuel efficient engines, dubbed the A380neo, has been shelved for the time-being, however, as Airbus concentrates on a bigger version of its long-haul A350 plane.

“If they decide not to bring the Neo into play, we will buy more of the current A380,” Mr Clark told reporters on the sidelines of an Emirates news conference at which the airline announced a 56 per cent rise in annual profit.

“As the first batch comes up to retirement we will want to replace those with more A380s … If you replace over time it’s a continuum of orders.”

The superjumbo, which typically seats 544 passengers, has helped Emirates ease runway constraints at its Dubai hub, but Airbus plans to cut production due to weak sales.

Mr Clark said Emirates could increase its A380 fleet to 200 when the airline moves to Dubai’s second airport, although that switch is unlikely before 2023.

“Whether that’s enough to persuade Airbus to keep the line going is up to them, they have got to sell more and are trying very hard to do that,” said Mr Clark.

The Dubai carrier cancelled an order for 70 A350 aircraft in 2014, saying the new plane did not fit its original specifications, but later launched a new purchasing process.

The A350 has also suffered supply chain problems that have slowed deliveries this year, prompting criticism of Airbus from Gulf carrier Qatar Airways.

“By the time we make that decision and by the time they are in a position to deliver what we want, the timeline will be 2019-20,” said Mr Clark.

“So I would hope by then Airbus will have sorted out the ramp-up problem with regard to the A350. And equally the 787 will be a mature programme.”