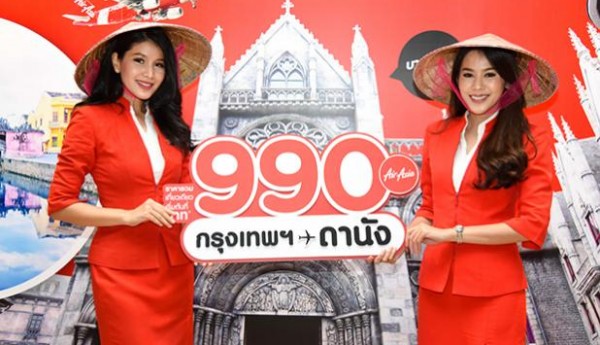 AirAsia is launching new daily direct flights from Don Mueang (DMK) – Danang (DAD) in Vietnam, strengthening its CLMV network and fostering business ties between Thailand and its neighbour. Flights begin 9 June 2017 and will debut at a promotional fare starting at only 990 THB per trip*. Book the fare between this 24 April 2017 and 7 May 2017 for travel between 9 June 2017 and 5 June 2018 at www.airasia.com or through any of AirAsia’s ticketing channels. 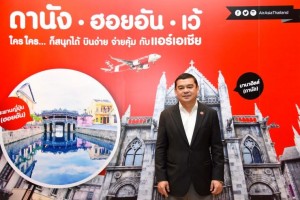 Mr. Santisuk Klongchaiya, Director of Commercial for Thai AirAsia, pointed out that “Danang is Vietnam’s third largest city behind Ho Chi Minh and Hanoi and is the country’s economic and travel centre of Vietnam’s Central Region, attracting Thai and international travellers year-round with highlights such as Danang Beach, which stretches along much of its coast, Fantasy Park, set atop a mountain that enjoys cool weather across all the seasons and Ba Na Hill, an attraction that is accessed by the world’s longest cable car. The city is also a great jump-off point to World Heritage locations such as Hoi An, Hue and the stone castles of My Son. The airline is confident Danang will be another well received destination”.

The Danang route addition is another important step for the airline as it strengthens its CLMV network and makes AirAsia the first and only low fare airline to connect Bangkok with north, central and south Vietnam, with widest network of operation covering the entirety of CLMV (Cambodia, Lao, Myanmar, Vietnam), a region with high economic growth potential, a wealth of natural resources and the greatest investment and production potential in ASEAN.

AirAsia travellers from Danang can enjoy its Fly Thru service at Don Mueang Airport which allows them to easily continue onward to destinations both domestic and international, across ASEAN and Asia. At present, AirAsia boasts the most routes in ASEAN with Thai AirAsia (Code FD) flying from Thailand to 13 destinations in 7 ASEAN countries, offering a total of 17 routes.

Daily direct flights from Don Mueang Airport (DMK) to Danang (DAD), Vietnam will begin this 9 June. Passengers can book the new route at a promotional fare starting at only 990 THB per trip* between 24 April 2017 and 7 May 2017 for travel between 9 June 2017 and 5 June 2018 at www.airasia.com or through all AirAsia ticketing channels.