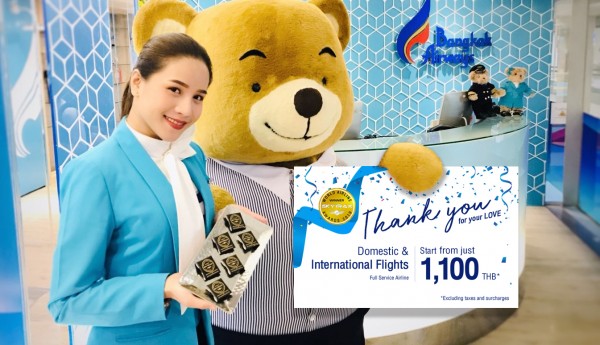 Bangkok Airways Public Company Limited celebrates its recent world-class achievements which are World’s Best Regional Airline & Best Regional Airline Awards 2019 from Skytrax by offering exclusively-made and designed chocolate bites for passengers at its passenger lounges (domestic and international), Suvarnabhumi Airport during 19-21 June 2019. Moreover, the airline also launches the “Thank You for Your Love” promotion that offers special fares on both domestic and international routes. Booking can be made from today – 23 June 2019 and can be used for travels until 31 December 2019.