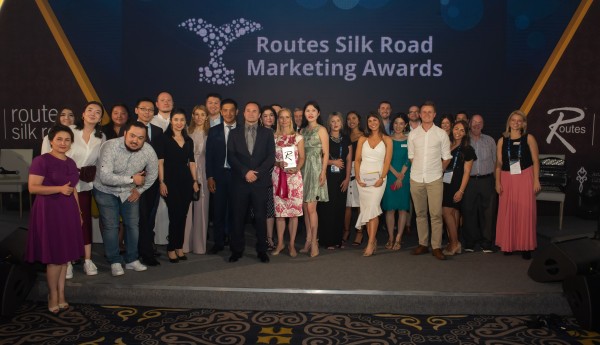 Airports and destinations from across Central Asia have been celebrated for their growing prominence at the Routes Silk Road 2019 Marketing Awards in Nur-Sultan, Kazakhstan – the first dedicated air service development awards for the region.

The Routes Marketing Awards are highly regarded in the aviation industry for recognising the outstanding marketing services that have supported the launch of new air routes or the development of existing air services. The shortlisted organisations at Routes Silk Road 2019 were drawn from across Central Asia, Russia and the surrounding regions.

Georgia National Tourism Administration, Kyiv International Airport and Khrabrovo Airport won the top prizes as part of the major three-day conference on the region’s aviation market, reflecting Central Asia’s increasing importance as a both a hub for air transport and tourist destination.

The overall winner on the night was Georgia National Tourism Administration, which was recognised for their commitment to a robust route development strategy that has been a significant area of focus for the team over the last three years.

They have worked closely with their airports to organise road shows and press trips with a number of leading airlines, as well as utilising ad placements in on-board magazines and much more. Their focus has been on growth into the region and on retaining and developing strong airline relationships, with a particular focus on China.

Steven Small, Brand Director at Routes, said: “Thanks to the efforts of Georgian National Tourism Administration to grow the country’s aviation market, the number of international tourists to Georgia topped 8.6 million in 2018, helping to generate revenues of $3.2bn from tourism.

“We’re delighted to recognise the contribution that the organisation has made to developing Georgia as a tourism destination and attracting visitors from across the world.”

The Routes Silk Road 2019 Marketing Awards commended the great strides taken in growing tourism and route networks in the geographically and historically significant Silk Road area. The region has huge potential due to its location between the two aviation powerhouses of Europe and Asia, although significant challenges remain.

The award winners were derived from a combination of online voting by airlines, airport growth and self-nomination. Each of the shortlisted organisations were asked to provide a submission document to support their nominations.

During the event, the high-powered delegation gathered to meet and negotiate new air services, and better understand the challenges and opportunities in the market. The Awards evening, which together with the rest of Routes Silk Road, was hosted by the Mayor’s Office of Astana City, in collaboration with The Astana Convention Bureau.