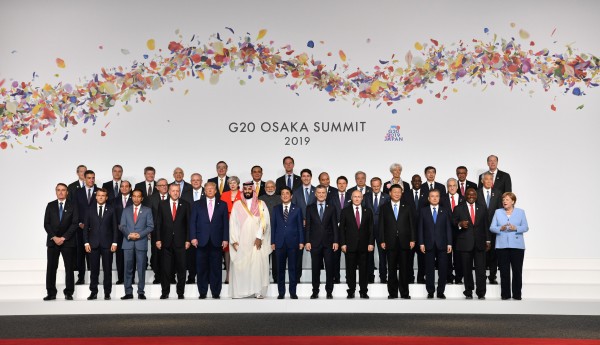 On June 28 and 29, Japan hosted the G20 Summit, which was attended by all 20 member parties and 17 invited guests. Held in Osaka, Japan’s second largest city, this was the country’s first time for Japan to host a G20 Summit, having previously hosted the 2016 G7 Summit in Ise-Shima.

At this year’s Summit, leaders discussed important topics on the global agenda. One prominent issue was of marine plastic litter, a problem that is recognized as affecting the marine ecosystem on a global scale. 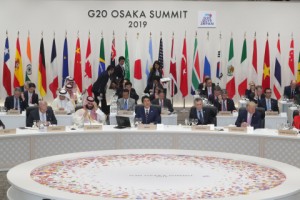 To demonstrate a commitment to this issue, the G20 Osaka Summit promoted the Ministry of Environment’s Plastics Smart Campaign along with the concept of “the 3 Rs (Reduce, Reuse, Recycle) and Renewable” with actions such as using no plastic bottles and straws and introducing renewable materials on site. Throughout the summit period, no single-use plastic products, including bottles, cups, straws, and dishes were available. Instead, attendees were provided with alternative, reusable products and services.

Other items on the Summit agenda included economy, trade and investment, innovation, employment, women’s empowerment, development, and health, all of which were a focus for productive discussions.

Outside the meeting rooms, attendees enjoyed Japanese culture and hospitality. On the first day, they were welcomed to the venue with a display of danjiri wooden float, and mikoshi portable shrines, all used in one of the local area’s famous festivals. The venue interior showcased the Osaka and Kansai region’s unique assets to visitors, including the latest information on Expo 2025. Leaders and their partners were also treated to cultural shows, examples of Japanese heritage, and washoku cuisine.