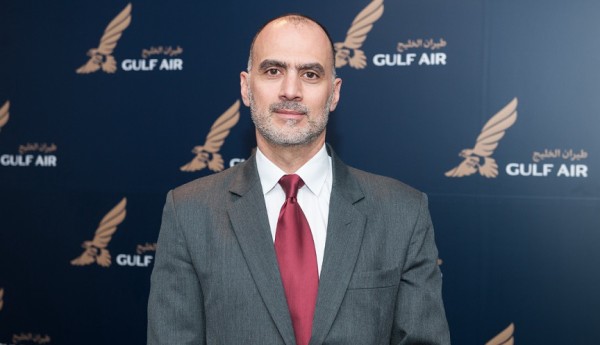 Gulf Air, the national carrier of the Kingdom of Bahrain, is very proud to announce the return of Mr. Waleed Dagher back to Gulf Air after 8 years of service abroad and that he has been stationed in Manila as the new Country Manager. Manila is rapidly growing as a premium touristic city and surrounded by beautiful popular holiday destinations throughout the Philippines such as Cebu, Boracay and Palawan in addition to being one of Gulf Air’s busiest routes served by its new Boeing 787-9 Dreamliner. The new country manager will take on the challenge to maintain and gradually increase the airline’s market share in this particular route and subsequently in the feeder markets to and from the Philippines.

With his previous 12 years of service for Gulf Air, which included being a country manager for the airline’s station in Abu Dhabi and Al Ain in the UAE, Mr. Dagher proved his enthusiasm and efforts in enhancing the airline’s name and brand image globally. Gulf Air has been proudly flying passengers to Manila since 1979 and it maintains a key role within the strong ties between Bahrain and the Philippines.

“What an honour it is to return to my Gulf Air family. Manila, now my second home, has so much potential and I am beyond proud to have this opportunity to manage Gulf Air’s station here”. Added Mr. Waleed Dagher at the announcement of his assignment, “Gulf Air has a very bright future and I am sure that one day, under the leadership of the airline’s executive management, the national carrier of the Kingdom of Bahrain will become one of the top airlines in the world”.

Gulf Air’s newest country manager will take on the demanding duty of representing both Gulf Air and the Kingdom of Bahrain in the Philippines and the Far East, starting July 2019.

Gulf Air is committed to invest in its Bahraini workforce and their career development and as such, it continues to provide opportunities for Bahraini nationals to take over senior positions in the company with 90% of employees that are based at the headquarters in Muharraq being Bahraini along with nearly 70% of its pilots. Earlier this year, Gulf Air welcomed back Mr. Rashid Abdulrahman AlGaoud to its headquarters to take on the role of Senior Manager Sales to in charge of the entire Europe and Asia Pacific regions, after serving as the country manager of the United Kingdom for almost six years. Also recently, the airline appointed Ms. Shams AlDosari as the first female Bahraini country manager and is currently representing the national carrier in Ethiopia and Mr. Mohamed AlHamar as the youngest Bahraini country manager to serve in the Asia Pacific region. Gulf Air is proud that it remains a leader in the Bahrainisation programme in the Kingdom as it provides the opportunity for local talents and experienced personnel to work in its various areas of the airline’s business.