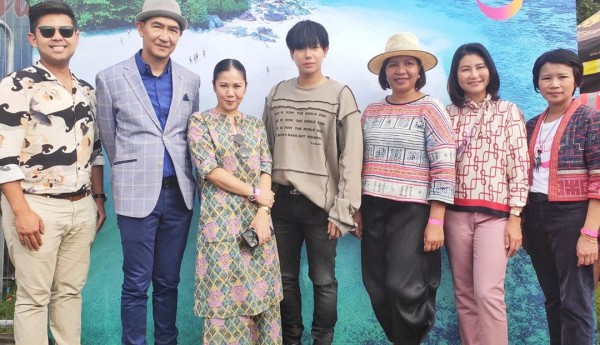 The Tourism Authority of Thailand (TAT) is promoting a new “Thailand Reduce Waste” campaign at the Magic of Thailand Festival 2019, held on 3-4 August, 2019, in Cambridge, the United Kingdom.

The annual festival of Thai culture, cuisine, heritage and arts was organised by the TAT London Office, together with Thai Airways International and a number of private sector companies. Popular Thai entertainer and star Mr. Palitchoke Aryanabutr (Peck Palitchoke) was the presenter and performer.
Mrs. Chiravadee Khunsub, Director, TAT London Office, said that more than 20 businesses are cooperating with TAT in promoting the “Thailand Reduce Waste” campaign, which emphasises the reduction of waste in tourist attractions, especially single-use plastics.

The shop that has been selected as The Best Practice award winner received a free air ticket to Thailand. Participants also won air tickets by sharing ideas of waste reduction via the following channels: #AmazingThailand #ThailandSavetheWorld #ThailandReduceWaste via Social Media of Magic of Thailand and Friend Club Thailand.

The Magic of Thailand Festival has been organised for the past eight years to publicise and promote Thai arts, culture and heritage amongst potential visitors in the UK. It attracts an attendance of more than 30,000 people who are treated to an extravaganza of cultural performances; such as, the Khon dance, Thai boxing demonstrations and Thai traditional fabric fashion shows. The favourite items amongst the visitors are usually Thai massage and Thai food.

The “Thailand Reduce Waste” campaign is designed to help create awareness of the role tourists can play in waste management and environmental preservation. It falls within the TAT’s strategy to strengthen the focus on sustainability at tourism destinations nationwide and ensure the upkeep of Thai tourism products.